‘Til We Meet Again!

Tonight, allow me to post something which is not related to fashion. However, it is something that is relevant to what we are going to celebrate tomorrow, which is Father’s Day. I have been thinking about writing an ode, to my mother, to my father. But I am not writer, although I wished I am. But I know I could write something heartily especially for my dad who had been long gone and who was missed terribly by his children, grandchildren and loved ones.

Tears were rushing down my cheeks, my heart was so heavy and I felt a certain loneliness I haven’t felt before in my whole life. The taxi was called, I had to say goodbye. I remember that day, I had to leave but my heart and my mind were left behind, to the country, to the people, to the family who molded me with so much love. I waited for my plane, it seemed like the wait was forever. I wanted to go home, to get out of the airport and forget about my dreams, forget about a better life on the other side. But it wasn’t the best thing to do, although it felt like it was right. Then finally, the plane arrived at the gate. It was a real big plane, my first time to see one like that. I got a little bit excited. I grabbed my phone and dialed the cellphone number at home. I had to talk to my family, to tell them how big the plane was, I had to talk to my father, for one last time before the plane leaves.

“Papa, the plane is huge!” I said. Trying to be excited.

He coughed before answering. “Really? One day, I would like to be on a plane like that too.” He sounded excited and so happy for me.

“In about 40 minutes, I am going to get inside the plane and I wouldn’t be able to talk to you until I get to Los Angeles and that would be after 14-15 hours from now,” I said.

“It’s okay. You be careful, “nak” (an endearment a parent in the Philippines uses to his child – short for “anak” which means child).

Tears were rushing down my cheeks again. I noticed that my father’s voice faltered. The boarding started. I had to say goodbye.

It was a safe, uneventful flight. The moment I arrived in LA, I had to find a phone, I had to tell my family I arrived in the United States safely. I was so excited to talk to any of them, especially to my father.

The moment I heard his voice on the phone, my voice broke and then again I cried. I was feeling so dramatic. Now, I am feeling the agony  of the distance. I had to hurry up on the phone because it was an overseas call and it was expensive. I said I would call him again when I get to Texas. I had one more flight and then no more. I imagined him, he was nodding, he was coughing, but he was also crying. It was my first time to be so far away from the family. And the first time for my father, that his child would be thousands of miles away from him.

We constantly communicated on the phone. I remember, almost everyday. As much as possible, we talked about stuffs that would make us happy instead of stuffs that would remind me of home. I was already okay with that. But deep inside, I was always scared. And then one day, my biggest fear arrived. My father was sick, I knew it before I left. I knew because I sent him to the doctors. The doctors didn’t confirm it but he was terribly sick. He was brought back to the hospital for the second time and he was not able to come home alive this time. But he talked to me one last time and I didn’t want to entertain the idea that on that same day, he would leave us forever.

You know why I am writing this? Because I wanted to share how wonderful and brave he was. He didn’t plead to me to not leave him because he was the bravest father I have ever known. When  I hugged him one last time before I left for the States, I hugged him so tight and I made sure I told him how much I loved him. He said don’t cry, I will see you again. I held on to that. Until now, even when he was already gone, I knew one day I would see him again. And when I came back home to be with him on his funeral, to have a glimpse of his face one last time, I made sure I told him, “I love you, papa. Til we meet again.” 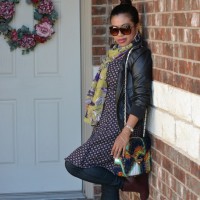 Discover Fashion at its most affordable prices!